The IGDCAST is a weekly podcast of It’s Going Down which features interviews with participants in social movements, struggles, rebellions, projects, and organizations. 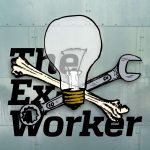 “Welcome to the Ex-Worker: an audio strike against a monotone world! This podcast explores a wide range of anarchist ideas and action. In each episode, we take an in-depth look at a different topic, introducing various manifestations of the struggle for liberation, and round it off with news, reviews, profiles of current anarchist projects, upcoming events, and more. If you’re curious about anarchist visions of freedom —or if you dream of a world off the clock —tune in!”

Staying up to date is crucial for our movements and resistance to be effective, but it can be hard to get caught up while surviving capitalism’s daily grind. That’s why we’re bringing you the Hotwire.

We have new episodes every Wednesday with the latest resistance news, repression round-ups, political prisoner birthdays, and announcements for upcoming activities that you can tap into in real life. We’re making this podcast not only for you to better consume the news, but for you to better act on it too. Stay informed. Stay rebel. Plug into the Hotwire.

The Final Straw Radio is a weekly anarchist and anti-authoritarian radio show broadcasting since 2010 from occupied Cherokee land in Southern Appalachia, so-called Asheville, NC. Featuring long-form interviews with environmentalists, anti-fascists, anarchists, autonomists, communists, feminists, authors, prisoners and abolitionists, the show works to bring perspectives of people in struggle to the airwaves. TFSR is a member of the A-Radio Network and the Channel Zero Network of anarchist podcasts.

You can find all of our social media links and contact info here. 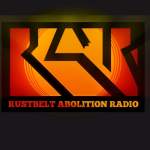 Rustbelt Abolition Radio is an abolitionist media and movement-building project based in Detroit, MI. Each episode amplifies the voices of those impacted by mass incarceration and explores ongoing work in the movement to abolish the carceral state (that is prisons, police, borders, and surveillance). Let’s expand our ability to struggle against the ways in which these forces impact our daily lives and create spaces where we can both imagine and remake our world anew. 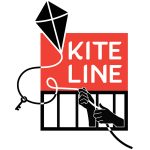 A weekly 30-minute radio program and podcast, our goal at Kite Line is to amplify the voices of those inside the prisons while encouraging connection with those on the outside. Part news, part storytelling, and entirely against prisons.

Behind the prison walls, a message is called a kite: whispered words, a note passed hand to hand, or a request submitted to the guards for medical care. Illicit or not, sending a kite means trusting that other people will bear it farther along till it reaches its destination. 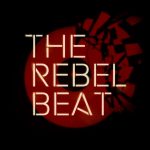 The Rebel Beat is Firebrand Records podcast of radical political music across different genres, and across different continents, hosted and produced by Aaron Maiden on unceded Mohawk territory in Montreal.

It is the mixtape to a riot against police brutality. It is your nightly newscast set to bass and beats. It is a rallying cry against apathy. It is protest anthems from Hong Kong to Istanbul to Ferguson to Montreal.

The podcast drops once a month, and will feature interviews, collaborators, and accomplices. . Subscribe on all your favourite podcast platforms!

Anarchist Radio Berlin is a Berlin-based collective of radiomakers that has been working since 2009/2012. We produce a monthly podcast in German as well as a lot of other audios in German, English and Spanish that are available for anarchist and free radios everywhere. We try to connect struggles from around the world and support new projects with recording equipment. As a political collective we are also part of the Federation of German-speaking Anarchists (FdA-IFA).

subMedia is a video production ensemble, which aims to promote anarchist and anti-capitalist ideas, and aid social struggles through the dissemination of radical films and videos. Founded in 1994, subMedia has produced hundreds of videos on everything from anti-globalization protests to films about shoplifting. Our films have been screened around the world in social centers and movie theaters and have been watched by millions on the internet. This site is a collection of videos from 2003 onwards.

sub.Media is excited to announce the launch of Trouble, a brand-new monthly show offering an in-depth anarchist analysis of current struggles, tactics and movement dynamics. Trouble will broadcast first-hand accounts and perspectives from organizers on the ground, with the aim of cutting through the fog of misinformation that often clouds our understanding of the world, and provoking people into taking bold, collective action. 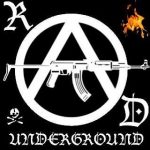 Radical Underground is a podcast that connects radical politics with underground music around the world. Our hosts are based in Brooklyn and Jakarta and our guests include anarchist rappers, gonzo journalists, and occultists. 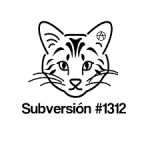 Subversion #1312 (prev The Anarchy Show) is one of the longest running anarchist radio programs in the world airing in Brisbane Australia since c. 1992. Linda Rose has been pressing the buttons, collating the content and curating the music since 2005. A variety of dissidents join in the subversive mix. Regular segments include Bad Cop No Donut, Not the Fucking News, and interviews about current topics and event. We also include content from sub.Media and other funny and/or informative clips we find on the internet. A regular podcast has been available since 2012 @ subversion1312.org. 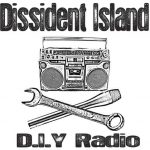 Dissident Island Radio is a live radio show and podcast that has been broadcast from London social centres every first and third Friday of the month since 2007. Content is split between politics and music, with the first hour of our show featuring interviews about upcoming and ongoing campaigns/protests/actions and the second hour being a live dj set. Both musically and politically we’re a pretty big tent, with the interviews promoting a small “a” anarchist agenda and engaging, where possible, in critique and discussion.

Outside of our regular shows we have also broadcast from protest camps around the UK, play an active role in managing the social centre we currently reside in, and put on irregular benefit parties in buildings around London that we help to reappropriate. Funds raised from these events go primarily towards supporting specific groups doing good work in our neighbourhood.

Hosted by Kevin Tucker, the podcast covers Black & Green publications, affairs, and more, will delve into all things anti-civilization and co-exist with current, past, and future B&G projects. If you have questions, comments, or topics you’d like to see covered or responded to, please use the form below or email to blackandgreenpress at gmail. 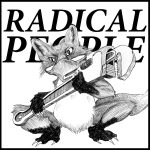 My friends are wing nuts. It makes for good conversation. If you like the show, donate via my Patreon page: www.patreon.com/radicalpeople 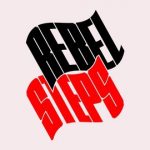 Rebel Steps is an independent podcast that launched in June 2018. This podcast is for anyone who wants to take political action and doesn’t know exactly where to get started. It’s made especially for folks activated by Trump’s election who are still looking for ways to plug in. It guides listeners through actions that go beyond protesting and calling your representatives.

Rebel Steps was created by Amy and Liz, two sisters living in Brooklyn, NY. Though they both always had strong political views, Trump’s election spurred them to a new chapter of activism, including everything from the women’s march to anti-fascist organizing. Over the past 18 months, they’ve developed alongside #Resistance, learned a lot, and made many new friends.

You can email us at [email protected]. 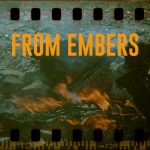 From Embers is an anarchist podcast out of Kingston, Ontario, and broadcasting weekly from 8-9 PM on Kingston’s campus-community radio station, CFRC 101.9 FM. A similar but fine-tuned-for-the internet-audience version is also available via most major podcatching applications or in your browser at https://fromembers.libsyn.com/

The Canadian state and especially it’s smiling backstreet boy of a leader gains its credibility and legitimacy increasingly by differentiating itself from the raving neo-fascist to the South. At the same time, the Canada-US border is becoming increasingly surveilled and fortified. In this rapidly shifting context, we hope it will prove useful to create a space for conversation about anti-state politics on this side of the made-up colonial line that traverses the 49th parallel. We have particular enemies here, in the form of smooth-talking liberal politicians and a far right whose rage is fueled as much by distaste for the liberal talk of our acting government as by inspiration from south of the border. We are also challenged by strong and increasingly popular mythologies about peace, love and “reconciliation” that mask the brutal reality of the Canadian state and its colonial history. We hope that making space for this border-defined specificity will strengthen our ability to take on borders, rather than reify them.

If you’re an anarchist in so-called Canada and you’d like to propose or contribute content or make yourself available for an interview, get in touch! Because we’re also on community radio here in Kingston, we’re especially interested in content that might be relevant (or at least intelligible) to anarchist as well as non-anarchist audiences. If you have feedback or questions about our show or any of our content, you can reach us at fromembers [at] riseup [dot] net 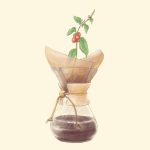 Coffee with Comrades is a weekly leftist podcast discussing current events, theory, and action through a radical lens. We host interviews with educators, community-organizers, and revolutionaries of all-stripes, hold round-table discussions on music, film, and literature, and weigh-in on current events. We are outspoken proponents of liberty, equality, and solidarity. Since Coffee with Comrades is rooted in a desire to incite joy, we make a conscious effort to eschew pretentious sectarian shenanigans. Instead, we hope to cultivate a warm and inviting atmosphere, like walking into a cozy bar to sit down with your close comrades and share an honest conversation over coffee. 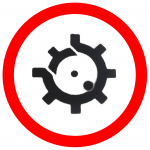 Red Strings & Maroons is a podcast that digs into little known histories of armed revolt and community defense against oppression in the so called United States. RS&M also focuses on helping curate an ongoing discussion surrounding firearms and the skills needed for defense from an antifascist and anti-authoritarian perspective.

We Will Remember Freedom

“Hard times are coming, when we’ll be wanting the voices of writers who can see alternatives to how we live now, can see through our fear-stricken society and its obsessive technologies to other ways of being, and even imagine real grounds for hope. We’ll need writers who can remember freedom—poets, visionaries—realists of a larger reality.”
—Ursula K Le Guin
We Will Remember Freedom is a monthly fiction podcast series edited by Margaret Killjoy. Each episode brings a new story written by authors who are willing to imagine worlds without oppression or worlds where we fight against that oppression.‘ 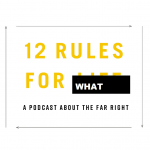 The Far Right is building. But it doesn’t always come as a street movement marching in black. Often it’s smarter than that, often more insidious, often more inclined to infect culture than impose itself on the political, and often just plain weird. In this podcast we investigate the surreal, disconnected world of the far right, with a view to fighting it. Fighting it requires not only effective organising, but effective thinking as well. We host interviews with comrades, discussions of the main themes of far right theory and practice, and in-depth analyses of particular movements and people within it.

Hall Of Fame (formerly on CZN & retired or on haitus)